D-Amino Acids in Peptides from Animals, Including Human: Occurrence, Structure, Bioactivity and Pharmacology


All life forms typically possess homochirality, with rare exceptions. In the case of peptides and proteins, only L-amino acids are known to be encoded by genes. Nevertheless, D-amino acids have been identified in a variety of peptides, synthesized by animal cells. They include neuroexcitatory and neuroprotective peptides, cardioexcitatory peptides, hyperglycemic hormones, opioid peptides, antimicrobial peptides, natriuretic and defensin-like peptides, and fibrinopeptides. This article is a review of their occurrence, structure and bioactivity. It further explores the pharmacology and potential medical applications of some of the peptides. 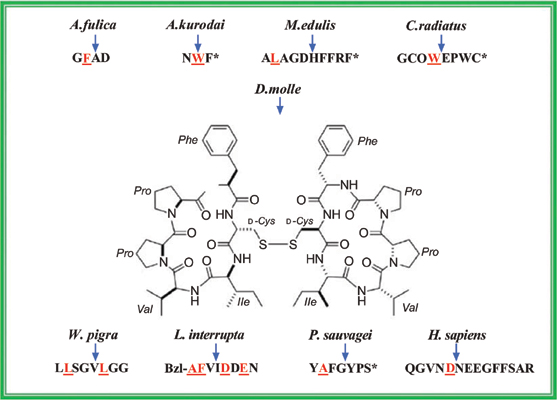